Two of the best loved tools to fight winter are Calcium Chloride and Sodium Chloride/Rock Salt.  When we compare the two, you will quickly find, there is no “winner.”  Instead, it is a matter of using the right tool for the job, and sometimes it is a blend of the two materials that provides the maximum benefit.
If you are located in Maryland like we are, or in any of the northern states, you know you have to have something on hand for melting ice and snow BEFORE winter starts.  So we wanted to help you get to know the two materials so you can make a wise choice.
Sodium Chloride is Cheaper than Calcium Chloride (okay, a LOT cheaper).
Rock Salt is relatively easy to find throughout the world and it is easy/inexpensive to extract for use. You can’t get any cheaper than sodium chloride for cutting through ice and snow.
Calcium Chloride penetrates ice quicker at lower temperatures.
Calcium chloride is able to melt ice at the low low temperature of -20°F, which is lower than any other ice melt products.  Rock salt only melts down to 20°F, or a full 40°F difference.  Most of the northern states of the US easily dip below 20°F during the winter.  There are times when sodium chloride just won’t cut it. Now our super hero Calcium Chloride can melt at temperatures that most of the US will never see.
Calcium Chloride Melts Faster
Calcium Chloride is the Nascar of ice melts while Rock Salt is just “Driving Miss Daisy.” Calcium Chloride works fast to pull water in and change the melting point of the water, and so when speed is necessary, Calcium Chloride is hands down your best option.
It takes less Calcium Chloride than Rock Salt to Melt the Same Amount of Ice
Sometimes it feels like you need to dump 5 lbs of rock salt on a small patch of ice just to see it melt.  Calcium Chloride can melt the water in lower concentrations meaning you will have to spread a lot less on to get rid of that same patch of ice.
Calcium Chloride is Friendlier to the Environment.
Not only do you use less of it, but Calcium Chloride does not negatively impact plant life as drastically as Sodium Chloride.  Sodium Chloride is one of the most caustic ice melts out there not only on plants, but on concrete as well.
Did We Mention Sodium Chloride is Cheap?
Holy Guacamole, rock salt is cheap.  When the temperature is 20°F or higher, our pocket books say you ought spread only rock salt.  It is cheap, cheap, cheap.  This is the reason why rock salt is the primary ice fighting product at homes and on highways, it is the most cost effective way to prevent accidents and injuries during winter events when temperatures stay above 20°F.
What About Both Calcium Chloride and Sodium Chloride Combined Together?
We are glad you asked. Yes, blending both together gives you some of the benefits of both!  Our ComboTherm(Calcium Chloride mixed with Sodium Chloride) is way less expensive than Calcium Chloride on its own, yet it melts in much colder temperatures than rock salt by itself.
Which One should I Get?
Generally, we would recommend getting the ComboTherm blend, because it is not much more expensive than rock salt, but it is going to melt at those lower temperatures.
If you are very concerned about the environment, first, make sure you are ONLY spreading enough ice melt product to melt the ice (over-salting is generally a bigger problem than which product you choose).  Beyond that, choosing Calcium Chloride will be friendlier than rock salt, but definitely review our article on which is the most environmentally friendly ice melt product so you can make the right choice.
If you want the best ice melting product out there, definitely choose calcium chloride, you can’t do better.
And if you just want cheap, yup, sodium chloride (rock salt) is for you my friend.
Did We Mention We Sell Ice Melt Products?
We prouce and sell in bulk and we try to offer you the best prices.  If you are in need, or would like a shipment, feel free to give us a call! 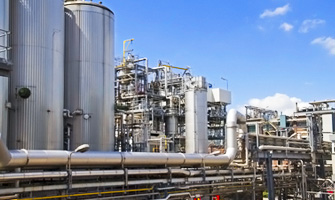